Below Deck fans are mixed over Captain Lee Rosbach’s replacement. The longtime captain left the show in the middle of the charter season. It’s a first for the original series. Captain Lee announced to the crew that he was stepping down to focus on his health. Keep on reading to learn more.

What happened to Captain Lee Rosbach?
On Monday’s night episode of Below Deck, Captain Lee had to leave the boat due to health reasons. He informed the crew about his departure. This was a hard decision because he loves his job and he feels he let his crew done. However, Captain Lee became a liability for his medical issues.

He joined Below Deck Season 10 just as he was recovering from surgery. However, he noticed there was nerve damage, which caused a numb feeling in his leg. Unfortunately, he didn’t improve and he needed assistance to get around the supersize yacht. Captain Lee would use either a cane or crutches to walk.

“I expected a lot more progress than I’m experiencing, and the most frustrating part about it is, I can’t do a goddamn thing about it, and it’s hard,” Captain Lee shared.
He gathered the crew for an important meeting. That’s when he delivered the sad news, leaving everyone in tears. Captain Lee spoke privately to Chef Rachel Hargrove afterward. It was one of the saddest moments in Below Deck history. The crew worried about who was going to take Captain Lee’s place because he was irreplaceable.

They also hope that they will have an easy time with the new captain. His replacement came aboard the yacht on Monday’s episode. Fans have been holding their breath all season for this moment. There have been rumors about a fellow captain joining the crew.

Who is joining the Below Deck Season 10 crew?
Captain Sandy Yawn made her first appearance on Below Deck. She’s stepping in for him for the time being. Captain Lee promised his crew that he would return as soon as he would resolve his nerve issues. Fans took to Twitter to share their reaction to her arrival.

The reaction has been mixed, at best. Captain Sandy Yawn is one of the most controversial and polarizing captains in the franchise. Fans are still not over the moment when she fired chief stew Hannah Ferrier during Season 5 of Below Deck Mediterranean. Some of them are afraid that she’s going to “ruin” Below Deck just like she did with Below Deck Med. 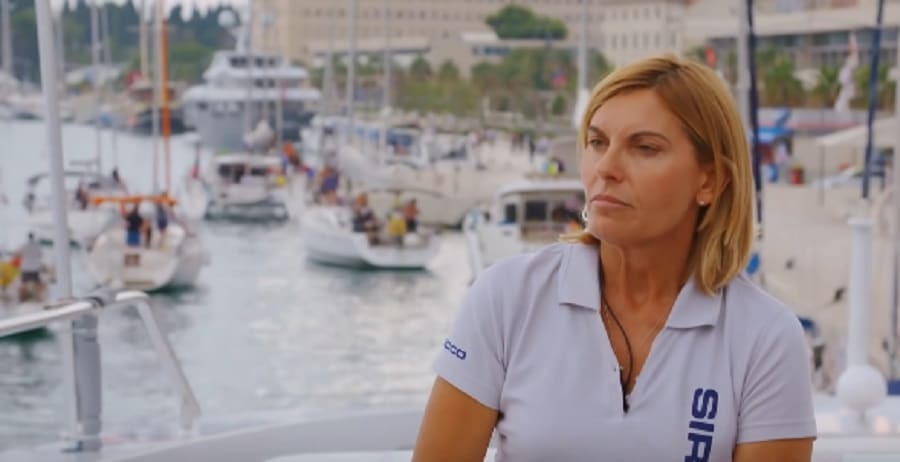 She’s been criticized for hovering and meddling with the crew. However, other fans are happy to see Captain Sandy on the show. They think she could be the one to whip this new crew into shape. On her first night, there was already a fire on the boat due to an electrical issue.
Some fans joked that Captain Sandy brings back luck with her everywhere she goes. She dealt with emergencies and docking issues in Season 7 of Below Deck Med.

What are your thoughts on Below Deck fans mixed over Captain Lee’s replacement? Whose your favorite captain out of the entire franchise? Sound off below in the comment section.

New episodes of Below Deck Season 10 air on Mondays on Bravo at 8 p.m. ET.