Married At First Sight spoilers tease that Jasmina Outar was matched and married at first sight to Michael Morency in the 14th season of MAFS.

Married At First Sight Spoilers – Jasmina And Michael
On Decision Day, Jasmina and Michael decided to stay together to work on their marriage, which really surprised most MAFS fans because of the turbulent eight weeks that they spent together. On the Reunion Show, the couple revealed that they were no longer together and MFS was not surprised by that. The rocky road was filled with Jasmina insisting that Michael listen to her and not give him a word, and everything had to be done her way. MAFS fans really felt that Jasmina “friend-zoned” Michael before Decision Day. And, during the season, there were many arguments and breakdowns in communication.

Since the show, Michael is dating again, and there is a woman who has caught his eye. And, he will never say anything negative about Jasmina, he is a true gentleman. 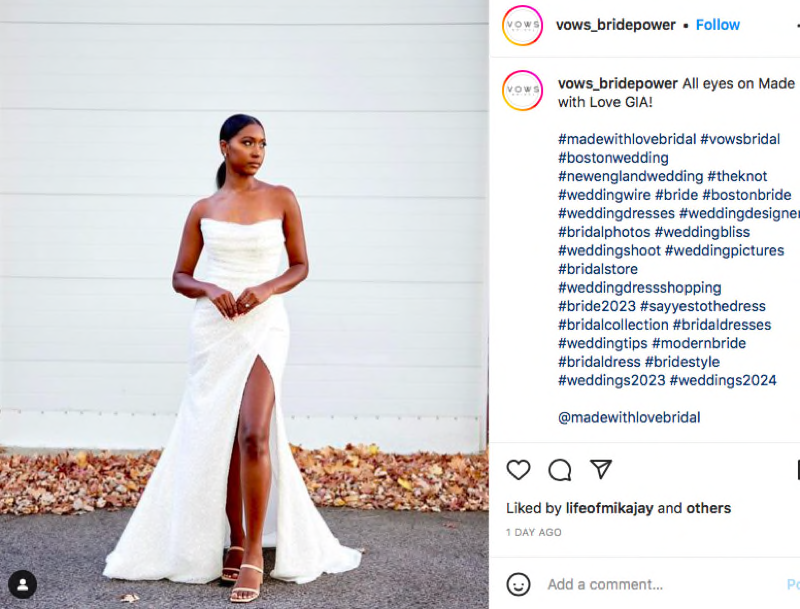 Married At First Sight Spoilers – Wedding Dresses
Jasmina has moved on in her own way, she continues to model and recently posted a photo of herself in a wedding dress MAFS fans were all a buzz thinking that she had gotten remarried, but that is probably not the case. Jasmina has been modeling wedding gowns and this is not the first time. Unfortunately, the wedding dress doesn’t hold a candle to the one she wore when she married Michael on MAFS.

Jasmina is modeling for Vows, a popular shop in Watertown. Besides, since it hasn’t been that long since she ended on MAFS, it would be surprising that she could find a man that fast who would put up with her after she was so mean to Michael throughout most of the process.

Sadly, Jasmina was a headache on the show and there is not much good that MAFS fans have to say about her because she was so mean to Michael who could be a catch for the right woman, just not

The sixteenth season of Married at First Sight will feature ten singles from Nashville, Tennessee, and will be aired on Lifetime, with a planned premiere of January 4th, 2023 at 8:00 pm ET.