Plenty of Below Deck Med viewers have issues with Captain Sandy Yawn, but she has enough fans who seem excited about her book becoming available on preorder this week. Titled “Be the Calm or Be the Storm: Leadership Lessons from a Woman at the Helm,” it’s about leadership. Naturally, it brings anecdotes about managing and sailing luxury yachts.

Below Deck Med: Captain Sandy Yawn Writes A Book
The Bravo star isn’t the first member of the franchise to write a book. Captain Lee published “Running Against the Tide: True Tales from the Stud of the Sea” in 2019. A fun-filled book full of adventure, fans seemed to enjoy it. Actually, Sandy Yawn and Captain Lee crossed paths in Season 10 when she relieved him after he had health issues. Those folks who don’t like her were a bit upset about it.

Below Deck Med fans got a huge downer on Sandy when she fired Hannah Ferrier. Recall, it seemed like a minor offense to lose her job. However, the captain wouldn’t back down after she found out that Hannah hadn’t disclosed the drugs that she took aboard. So, fans got grumpy when Season 6 rolled around and after being promised a new crew, the captain returned again. But in her book, she talks about being responsible for so much on board, that she likened it to the “White House war room.”

Below Deck Med – ‘Be The Calm Or Be The Storm’
On January 2, the Bravo star took to her Instagram and announced that her book is now on “preorder.” Clearly very excited, she mentioned that she got her “first” copy of it. If you don’t know, the book actually launches on January 10. Obviously, her many fans sent in their congrats and vowed to pick up a copy. 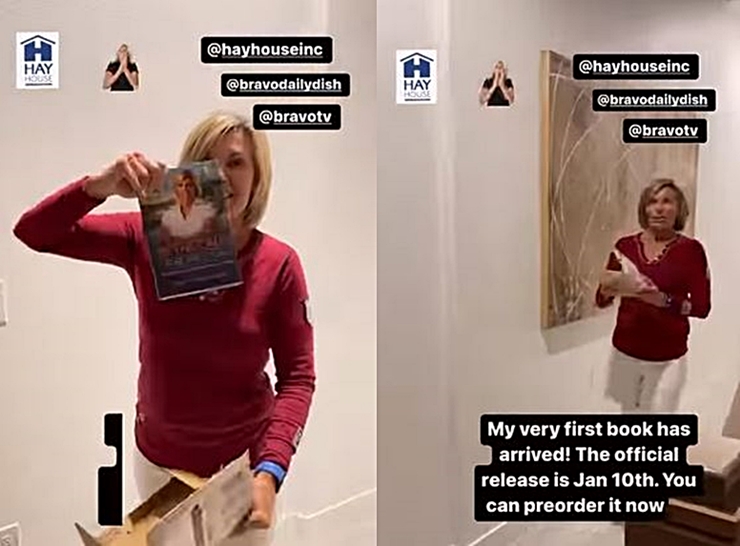 Below Deck Med fans who buy the book will discover plenty of stories about how great the captain is. Several incidents are mentioned in the preview. Obviously, she’s not likely to highlight all of her mistakes. But it’s a book that talks about learning leadership skills. Even though she is a leader at sea, she believes that the lessons she learned can be applied to every leadership situation.

Making A New Life
If you don’t know, the Below Deck Med captain didn’t always have it good. In her introduction, she talks about “a string of arrests,” and her fondness for too much “tequila.” She talks about being part of the LGBTQ community and about the “AA’s 12-step program.” Whether you run a business or run a family, she believes there’s something for everyone in ‘Be The Calm Or Be The Storm.’

You can get your preorder on this LINK HERE.

Be sure to catch up on everything happening with the Bravo franchise right now. Come back here often for more Below Deck Med spoilers, news, and updates.