Edward Allen Brown stepped foot on the TLC show when he started dating his Filipina girlfriend, Rose Vega, whom he met online. After having a long-distance relationship for quite a while, Big Ed made his way to the Philippines to see the love of his life in person. However, the two didn’t last long when the San Diego resident showed unpleasant behavior toward Rose, especially when he decided to undergo a vasectomy. After being single for a while, Big Ed found himself in love when he reunited with Liz Woods when he reached out to her again after his beloved dog, Teddy, passed away. The two gave their love a second chance and ended up engaged. However, they seemed not to belong to each other when they decided to put their relationship to an end, which led Big Ed to go to Las Vegas and move on.

The avid viewers have been open about their thoughts and feelings about Big Ed online since the day he joined the show. Recently, they showered the man with negative words when Liz revealed that her fiancé left her homeless. A “90 Day” fan brought Big Ed’s photo on Reddit with a caption: “This mfker really sent her back to live in the car.”

Fans agreed with the statement and drop their thoughts into the comment section. One fan said, “I don’t think Ed is capable of love. How he treated Liz is beyond f**ked up.” A Reddit user commented, “He needs to stay single. He has said on a few occasions that he’s not ready for marriage.” Another one chimed in, “I think, honestly, a lot of this is all for dramatics, but if you take everything at face value, Ed is a horrific person.” 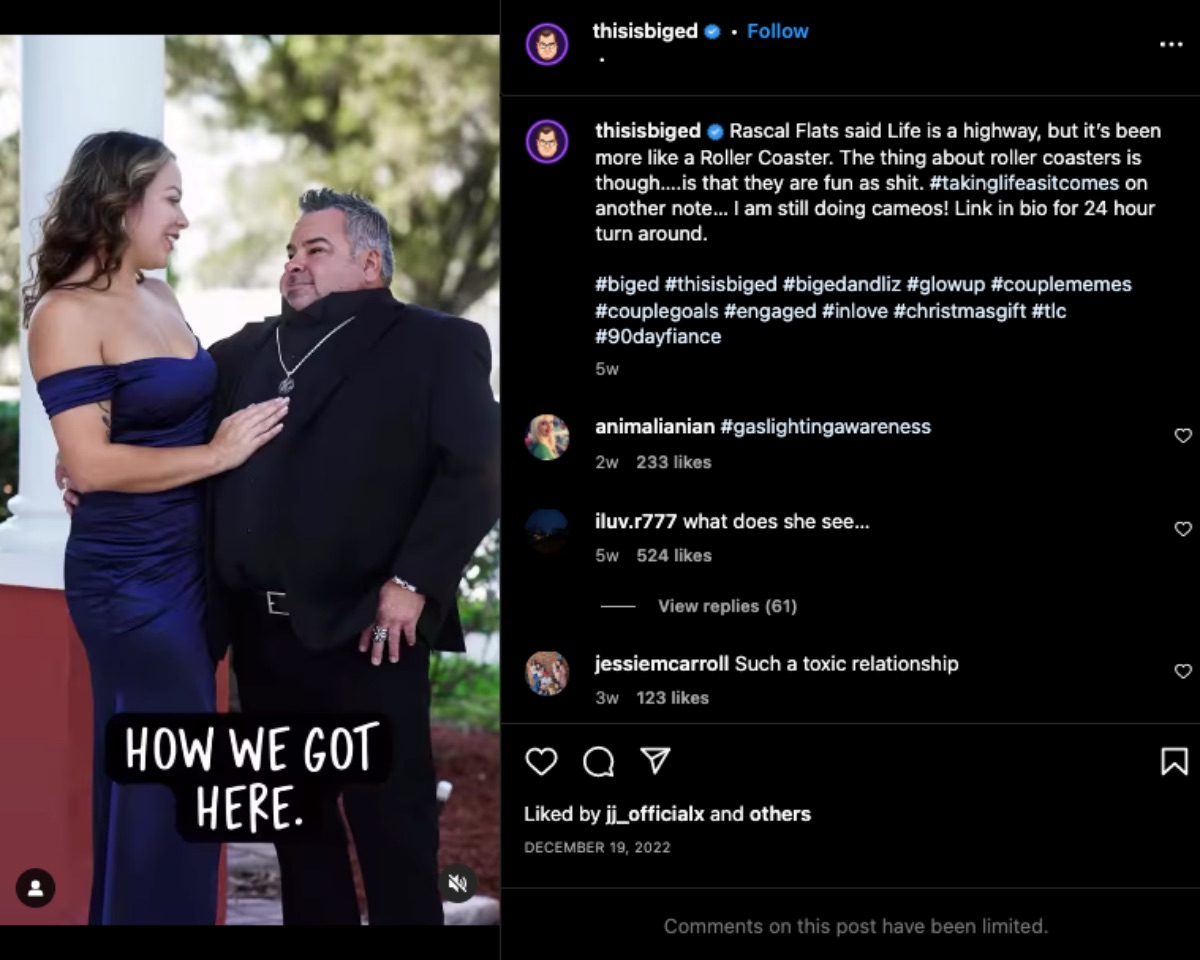 In the recent Tell-All, Rose Vega made an appearance in the show and revealed that Big Ed has been connecting with her again and he wanted to travel back to the Philippines to see her. On the other hand, Liz shared that she once caught Ed on an Asian dating website. As the revelations went on, the San Diego resident denied all the allegations.

However, the Philippine native showed some screenshots she took of Ed’s message, leading Liz to confront the man for lying to her. Their fellow cast members also called out Ed when he just took the situation sarcastically, saying: “Me no speak English.” Meanwhile, when asked about her thoughts about the revelations, Liz stated: “I’m tired of all the lies.”

Be sure to catch up on everything happening with 90 Day Fiancé right now. Come back here often for 90 Day Fiancé spoilers, news, and updates.